PATCHOGUE, NY – RealEstateRama – The U.S. Army Corps of Engineers, New York District, announced that Lt. General Todd T. Semonite, Chief of Engineers for the Army Corps of Engineers has signed the Chief’s Report for the Hashamomuck Cove, NY, Coastal Storm Risk Management Feasibility Study. The next step will be the submission of the Chief’s Report to the Assistant Secretary of the Army for Civil Works, for clearance to be eligible for authorization and funding, followed by the planning, engineering, design phase and construction of the project.

“The completion of the project at Hashamomuck Cove is not only important to protecting homes and businesses, but also critical to safeguarding our infrastructure and vital evacuation routes in case of emergencies,” said Congressman Zeldin. “Too often we’ve witnessed simply a severe thunderstorm at high tide cause serious flooding and property damage for local residents. Local businesses, residents, and first responders cannot afford to wait as their properties and access to Route 48 continue to be threatened, and I will continue to work closely with the Army Corps and local officials to ensure this pivotal project continues to move forward.”

“The signing of the Chief’s Report is a significant milestone for our continued partnership with NYSDEC, and addresses the critical and vulnerable shoreline historically impacted by storm events in this area,” said Col. Thomas D. Asbery, Commander, U.S. Army Corps of Engineers, New York District. “This report allows us to move forward with the next phase of the project which includes design and permitting, once federal and non-federal funding is appropriated.”

According to the Army Corps, the project will help reduce coastal storm damage to residents who live along the Long Island Sound. The project is expected to also play a key role in protecting County Road 48—a major transportation route used for hurricane evacuation, while also protecting critical infrastructure including nursing homes and hospitals.

The study was completed in partnership with the New York State Department of Environmental Conservation (NYSDEC) using the Hurricane Sandy supplemental funding at 100% Federal expense. The project calls for the construction of a beach berm using 220,000 cubic yards of sand, extending approximately 8,500 linear feet or 1.5 miles along the Long Island Sound to provide additional coastal storm risk management features to the residents of those communities. The project also calls for periodic nourishment to maintain the integrity of the design beach template over a 50 year project period to ensure it performs as designed. The signed report certifies the coastal storm risk management report is technically and environmentally sound, as well as economically beneficial to the nation. 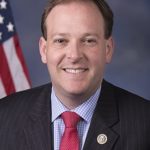 Rep. Zeldin Announces Over $5 Million in Affordable Housing Grants for...